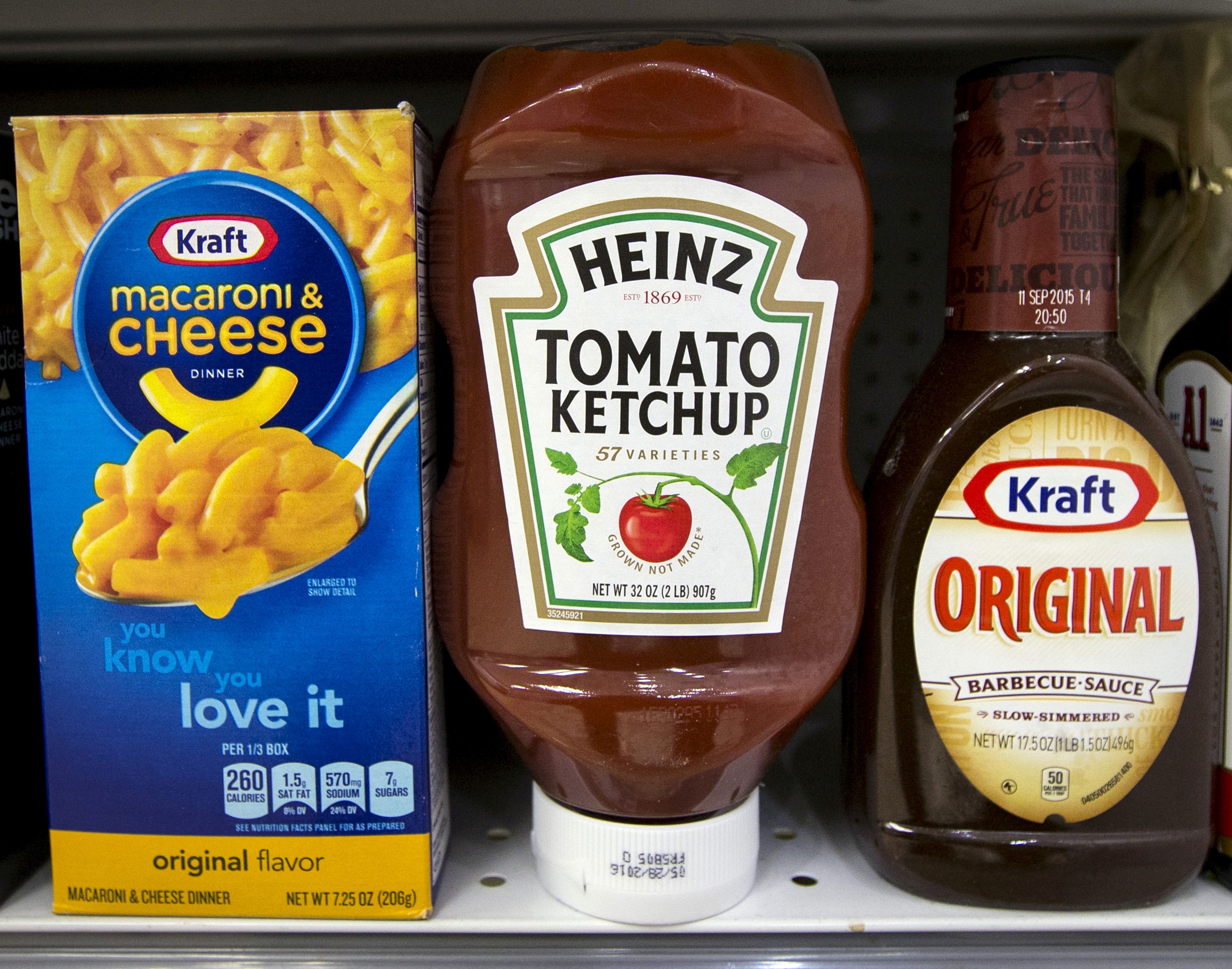 A Heinz Ketchup bottle sits between a box of Kraft macaroni and cheese and a bottle of Kraft Original Barbecue Sauce on a grocery store shelf in New York March 25, 2015. REUTERS/Brendan McDermid/File Photo

Kraft Heinz Co (KHC.O) said on Tuesday it plans to invest 140 million pounds ($198.83 million) in its food manufacturing facility in northwest England over the next four years, subject to U.S. approval.

The investment would be the company's biggest expansion of an existing manfacturing site outside the United States in more than 20 years.

The plans for the Kitt Green plant northwest of Manchester would be aimed at adding production of Heinz ketchup, mayonnaise and salad cream. The money will also fund equipment and technology and create up to 50 new full-time jobs, the company said.

The plant will continue making Heinz soups and pasta. It already makes 1.3 billion cans of food per year.

"The Kraft Heinz investment is a vote of confidence in the UK economy from a major U.S. firm and a boost that will mean jobs and growth for the local economy," UK Minister for Investment Gerry Grimstone said in a statement.

Kraft Heinz said the plan was one of the largest proposed investments in British manufacturing since Brexit but did not provide details.

10 Condiments To Perk Up Your At Home Bottomless Brunch Experience
06 de enero, 2022

All Aboard the San Diego Trolley Taco Tour
06 de enero, 2022

The European Commission Approves Enviva® PRO for Use in Turkeys
13 de diciembre, 2021