The Australian melon industry will review how it packs its fruit after a national listeria outbreak linked to rockmelon led to the death of two people in NSW.

The New South Wales Riverina rockmelon grower linked to the contamination has ceased production and crisis talks were held between the Australian Melon Association and retailers across the country on Thursday. 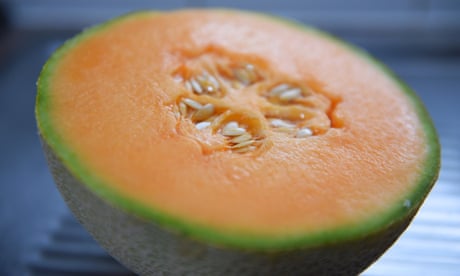 “They [retailers] were very supportive of the industry,” Fullelove told the Australian Associated Press on Thursday.

“Going forward we will assess how we manage packing sheets and hopefully start some research in this space to make sure we give the growers the latest information.”

Australians have been urged to throw out any melons purchased before Wednesday after 10 elderly people across the nation, including six from NSW, were diagnosed with the infection.

Two of the six in NSW who became ill subsequently died, a NSW Health spokeswoman confirmed. The outbreak was linked to a rockmelon grower in Nericon, near Griffith, who has voluntarily ceased production after being notified of the contamination.

Fullelove said the grower was devastated and will need to meet the requirements set by the NSW Food Authority before resuming production. “No one wants to grow fruit that makes someone sick. He has a very good food-safety system in place but there has been a problem. He’s bending over backwards to work out where that problem is,” she told ABC radio.
There have been a total of 15 cases of listeria infection in Australia this year. Ten are being blamed on the consumption of contaminated rockmelon between January 17 and February 9, the NSW Food Authority said.

Eating foods that contain the listeria bacteria does not cause illness in most people. But for people with a compromised immune system it can result in severe illness and even death, Food Safety Information Council spokeswoman Lydia Buchtmann said.

“Listeria is found widely in the environment and rarely causes serious illness in the general population but for vulnerable people ... it can be extremely serious or even life-threatening,” she said in a statement.

Listeria starts with flu-like symptoms such as fever, chills, muscle aches, nausea and sometimes diarrhoea. But the symptoms can take a few days or weeks to appear after eating contaminated produce. The infection is particularly dangerous to the elderly, pregnant women and people who have underlying health conditions such as cancer, diabetes, heart and kidney disease.

Vulnerable people should avoid pre-cut melon. People at risk should consult their doctor as soon as possible if symptoms appear.