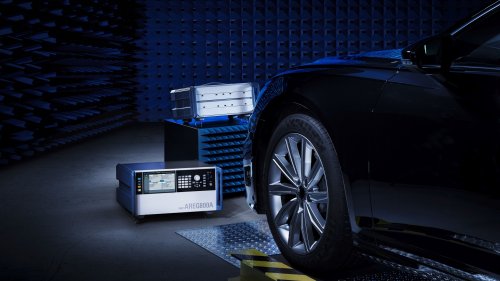 Rohde & Schwarz will showcase its latest in automotive and cellular device testing covering radar, ultra-wideband, 5G and WiFi at CES 2022 in Las Vegas, at booth #4069 in the west hall, January 5 through 8, 2022. The CES event features more than 1,900 companies and nearly 159 countries around the world to help in person and digital attendees see the latest in consumer electronic innovations. Rohde & Schwarz will be hosting industry experts from leading automotive and wireless companies to discuss the trends and opportunities emerging in automotive and wireless designs.

“The push for ever-greater levels of autonomous driving is increasing the number and performance of radar sensors in modern vehicles”, said Juergen Meyer, Vice-President of the Automotive market segment at Rohde & Schwarz. “Ensuring the correct function of radar sensors in complex traffic environments, for example to verify ADAS functions, is a growing challenge for the component developers and vehicle manufacturers. That’s why we are very pleased to debut the industry’s first fully-electronic radar target simulator able to emulate advanced moving object scenarios at CES 2022.”

Available for the first time on a show floor in North America, Rohde & Schwarz will unveil a new solution for automotive radar, the radar target simulator (RTS). The RTS stimulates radar sensors over the air interface and can be used for hardware-in-the-loop testing. Scenarios to be executed include laterally-moving traffic. CES attendees will be able to experience the automotive testing solution, which includes the new R&S AREG800A automotive radar echo generator as a backend and the R&S QAT100 antenna array as a frontend. The RTS replaces what was formerly a mechanical movement test, by now electronically switching individual antennas in the frontend on and off. This allows tests currently performed in real-world test drives to be relocated to the lab, enabling errors to be detected at an early stage and delivering significant cost savings.

On Friday, January 7, Rohde & Schwarz invites CES attendees to join the Autonomous Vehicle race at the Las Vegas Raceway, at 12 pm. The Technical University of Munich TUM Autonomous Motorsport team, winner of the 2021 Indy Autonomous Challenge race in October and sponsored by Rohde & Schwarz, will be racing. The TUM racing team developed its advanced autonomous vehicle with the support of Rohde & Schwarz test solutions.